I may have been the only one praying for the snow to stay away but when you’re driving a car the size of a shoebox, who knows how well it’ll handle the Interstate to the Convention Center. I landed Wednesday night and drove this little LeCar-sized Chevy to my friend’s house in Arvada. Of course, it’s dumping in Utah. Good for them. The mountains of Colorado are also getting hammered. Yay. But bring that snow to downtown Denver? Back off! 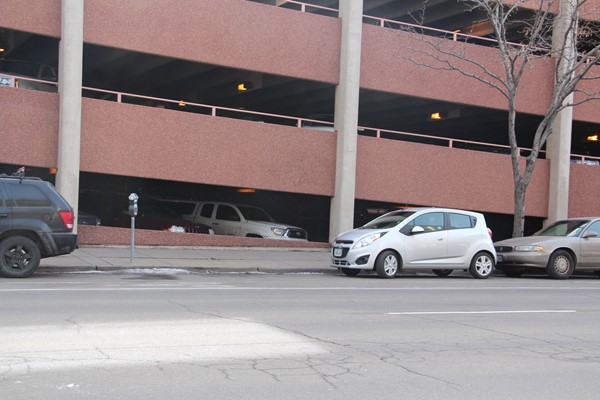 Well, I made it. I walked into the lobby for the first day of the 2014 SIA Snow Show and felt the weight lifting. I was in the home stretch. Two weeks of Sundance and Outdoor Retailer take their toll. The atmosphere is decidedly different this year. The energy is up, the vibe fun and the products enticing. Perhaps the Show has finally found its groove since leaving Las Vegas in 2010. When you spend 37 years in Vegas any change is bound to cause groans. Retailers and manufacturers of snowsports gear must finally accept Denver as a reality. I haven’t; I miss Vegas. I don’t have to worry about traction there. But the scene is beginning to grow on me too. And at least I no longer have to walk miles through the Mandalay Bay to get my first day’s latte from the Obermeyer booth. The acceptance is spreading internally as well. The discord between the snowboarding end and the alpine end has tamed. Before, you could cross an imaginary boundary and enter a world of chaos and noise; where trash littered the disposable carpet and beats droned so loudly you had to shout your introductions. Dare I say, snowboarding companies themselves have aged and become more civilized? 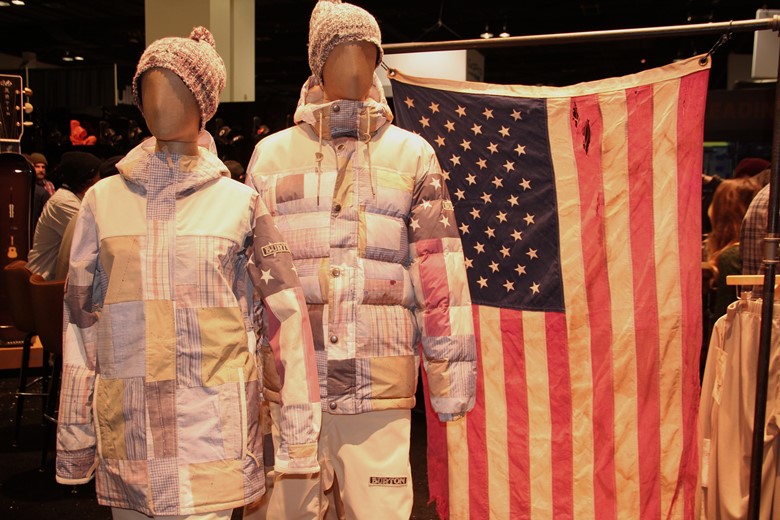 Snowboard clothing continues to skew towards youthful tastes but even the new US Olympic Freeride Team outfits by Burton reflect more maturity, soul and groundedness. It’s as if they’re not afraid to be subtle. Where you’ll see boldness in both disciplines is in color choice. “POP” is the buzzword for 2015. 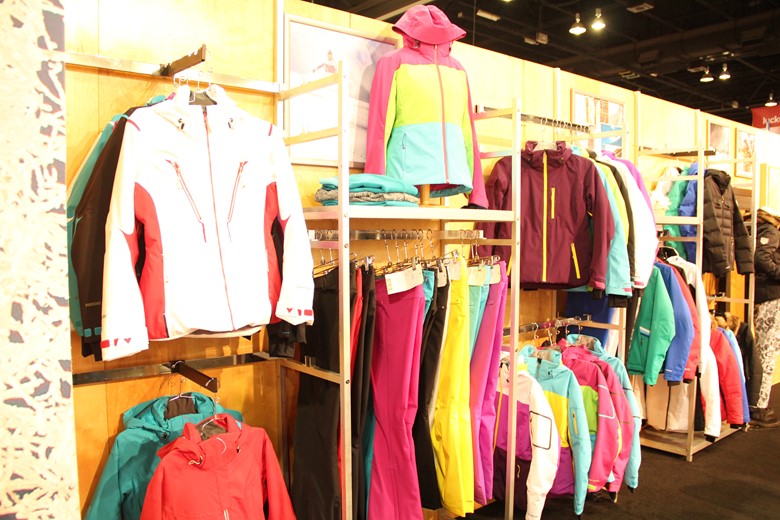 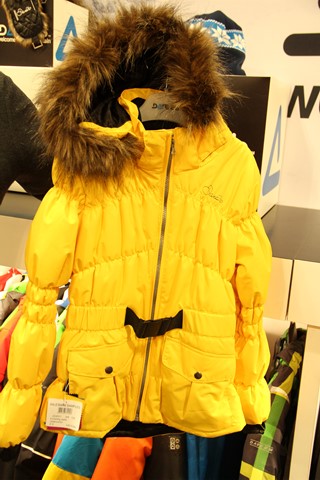 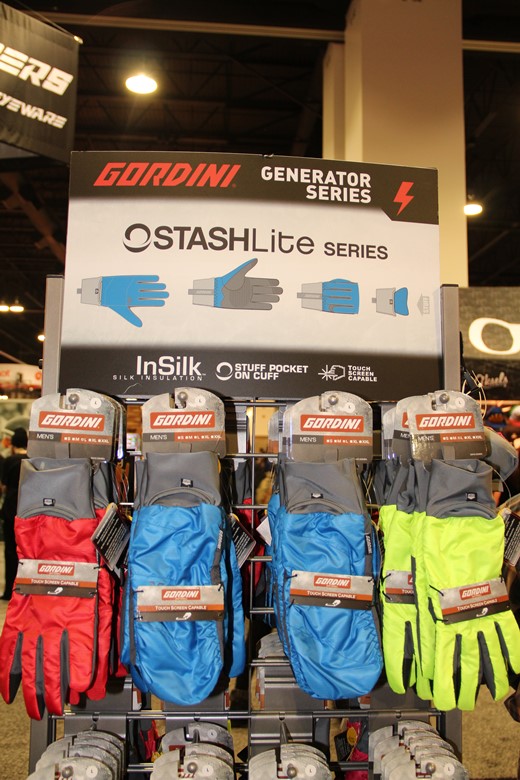 A color-wheel of greens, oranges, pinks, yellows and blues return us to the playfulness of the 90s. If you own a black, red or navy jacket, put it away for a couple of seasons. The stretch pant, too, is making a comeback. You can’t deny the flattering silhouette on a shapely chica. It’s always been there. But the pant itself wasn’t functional. It’s taken this long to create a stretchy pant that is also warm, waterproof and windproof. Even teens are begging to go retro. 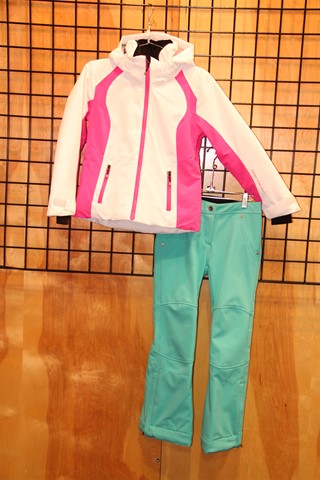 Using a mix of fabrics and textures have replaced prints as the next fashion trend in outerwear. Down and wool; poly and wool, poly and down. 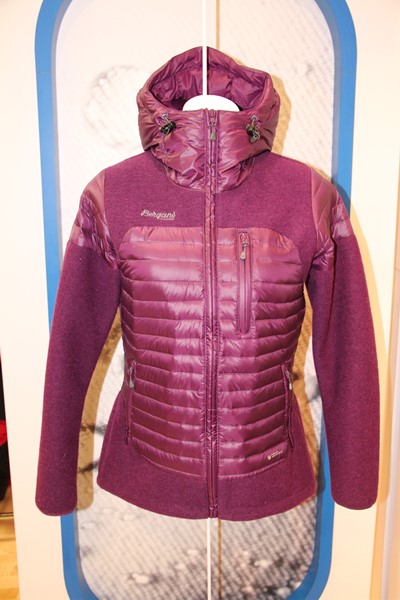 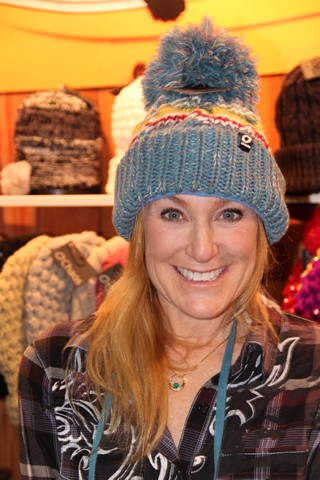 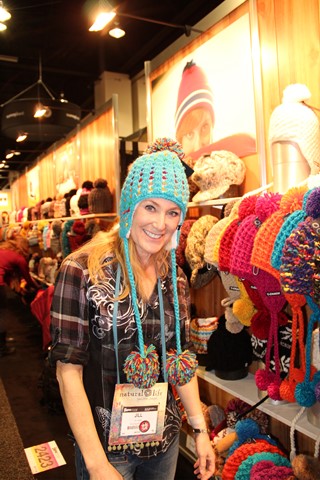 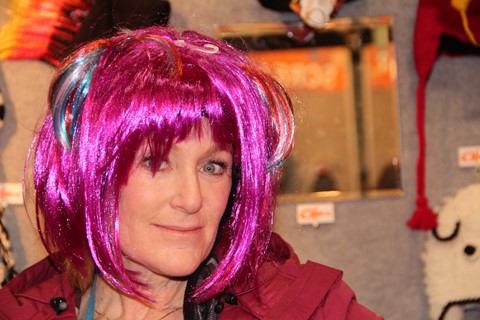 But just in case you’re not ready to walk on your wild side, Chaos‘ Luxe line (designed and made in America) is retro in a classic urban way, where city folk can appreciate thin, no-nonsense beanies for a chilly walk to the office. 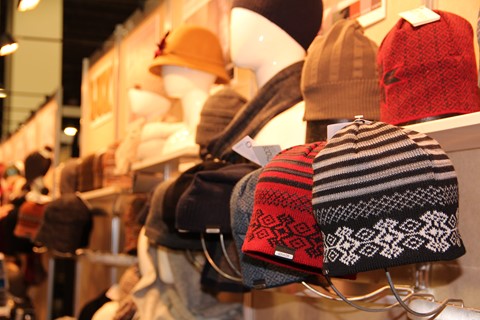 We’ve had three weak ski seasons in a row now but if there’s a takeaway from this Snow Show it’s that there’s always room for optimism and for turning that frown upside down. Tomorrow, we’ll check out what’s coming in hardgoods for 2015.