Denver is NOT The Outdoor Retailer Answer

Outdoor industry executive leaders met last week and came up with the brilliant news that the Outdoor Retailer Show should be based in Denver. First off, big surprise. Not. With the SIA Snow Show and OR Winter Market merging for 2018 and beyond, it was just a matter of time before the newsies came out and said what we all knew was coming.

For decades, the Snow Show and OR were the events for manufacturers to sign multi-thousand-dollar orders from retailers anxious to load up on next season’s skis, boards, boots, outerwear and accessories. But as purchasing dates moved up to November and December, a January Show became more of an expensive meet and greet and grumblings strayed toward the downfall of both shows.

The recent love for the Mile High City makes you wonder if Denver or the State of Colorado offered a sweetheart deal like the charity outreach they did to lure SIA away from Vegas. Rumor swirled that Denver offered to host the show for 10 years for free. The statement released on May 26, 2017, did mention “an aggressive package of economic incentives from the state of Colorado and the city of Denver” with workable dates available. The Snow Show was supposed to move to Dec. 5, 2017 but that isn’t happening for this winter season.*

Of course, it makes sense for Colorado to woo the outdoor industry. It puts heads in beds, generates at least a month’s worth of media exposure and floods the airport, highways, and restaurants. Who goes to Denver in the winter? Nobody. Visitors fly in and travel on to the various Colorado ski resorts…HOURS away. You can’t say the same for Salt Lake City. People STAY in Salt Lake to ski. When SIA hosts the on snow demo, folks have to book a second hotel stay at Copper Mountain; not the case during the OR On Snow.

The one thing OR had over the others was the enthusiasm and networking party. SIA had it in Vegas. Lost it in Denver. The folks that came to SLC may have bitched that they couldn’t find housing but no one complained about the powder or vibe. People came to the Show because they loved it, not necessarily because they sold gear that week. Hundreds stayed on, to ski or, in the summer, to play HARD. Again, you can drink great beer in Denver but the commute to outdoor play ain’t even close to what you get with a 20-minute drive from SLC.

Perhaps OR will bring that vibe to the Snow Show and Denver. Or perhaps, the reverse will happen and it’ll bring ‘em both down. At that point, the regional shows just may sprout and flourish. 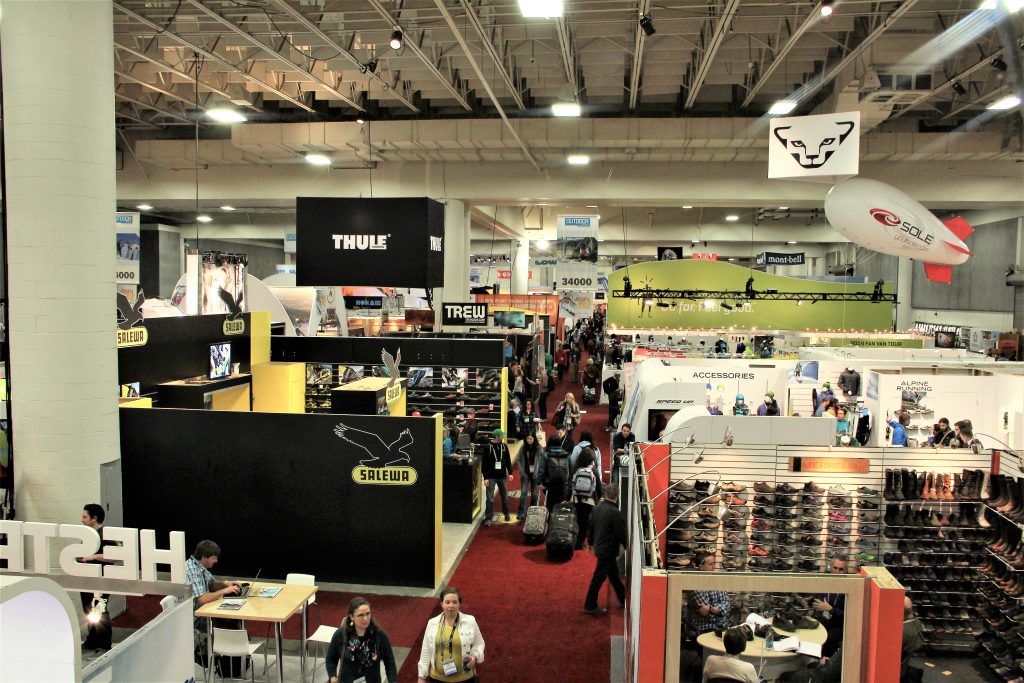 Bustling hall of OR 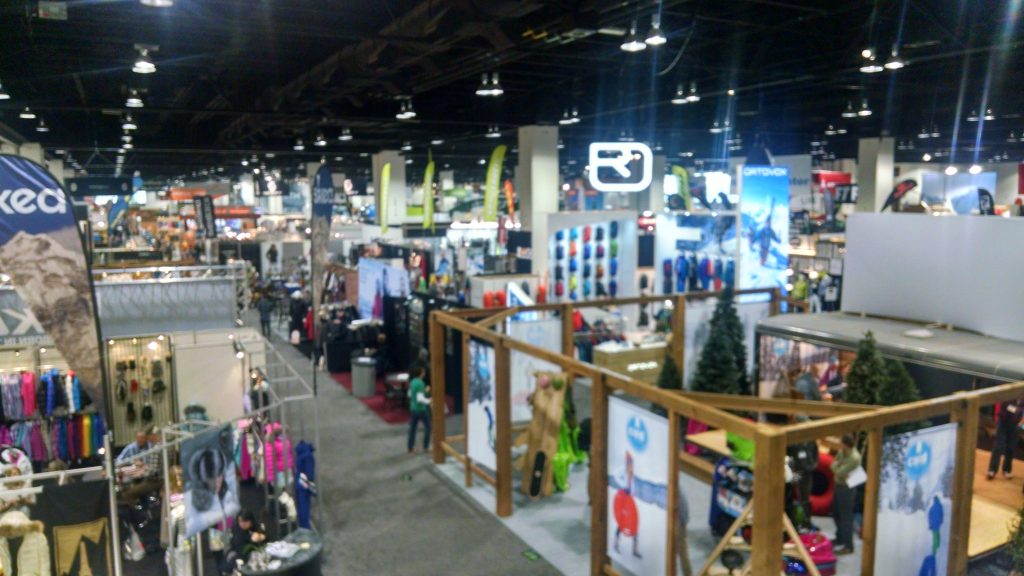 Trade shows are notoriously fragile. The SuperShow, Comdex, MAGIC, Action Sports Retailer have all crumbled. Many folks in the outdoor industry had been speculating for years about OR’s fate and that perhaps it would be supplanted with such regional shows where manufacturers and reps would meet with retailers specific to the market they were attending. It’s a more personalized approach and it makes sense from a buyer’s standpoint. (If you are a shop in the east, traveling west to meet for four days during peak shopping time is a hardship).

“There are many alternatives to participating in an expensive and time consuming show that falls at the end of the booking season.  It would be foolhardy indeed to create additional reasons for participants to re-consider their options,” the OIA brain trusters threatened when talks about moving the Show to Las Vegas arose. If only those minds had visited Vegas for the SIA show when it was there for 37 YEARS.

VEGAS ROCKED! It was WAAAAY cheaper to fly to, stay at and party at. Sure, you couldn’t ski during the winter show but it was a sweet break to wear a t-shirt and shorts in the middle of January. The Snow Show was at its Zenith and has suffered exponential attendance attrition since its move to Denver. In fact, a reasonable Google hunt seems to indicate that SIA has stopped reporting Snow Show attendance numbers and even put out a release that they were focusing on “quality over quantity.”

OIA recognized in their statement that Utah has a unique formula of outdoor amazingness and business but because of the Beehive State’s political lameass they felt forced to call their own bluff. The headliner brands at OR – Black Diamond, Patagonia, The North Face, etc.- had long threatened to leave the show if Utah wasn’t going to support environmental protection initiatives. OIA met with Utah Gov. Gary Herbert and it was obvious he would continue to fight to transfer federal lands to the state, nullify the Antiquities Act, and undo Bears Ears National Monument. Liberals basically begged the governor to support Utah’s $12 billion outdoor recreation industry by protecting public lands. But Herbert is backing the lawsuit to overturn Bears Ears and reduce the size of Grand Staircase-Escalante National Monument- both valuable pieces of property to oil dripping companies.

Peter Metcalf, founder of Utah-based Black Diamond Equipment, told the Washington Post “Utah is the birther state of the most anti-stewardship, anti-public-lands policy in the country and, conversely, I would say Colorado ranks very highly as the opposite.”

A move to Denver is a political one. It’s unfortunate that OIA saw yanking an event that rakes in $45 million for Utah’s economy as their only viable option. At least when they were here, making threats, it created some checks and push back for the public land grabs the State might consider. Like Metcalf said, Colorado doesn’t need help. When a marriage goes bad and the spouse up and leaves for good, who ultimately suffers? The children. Salt Lake, you F@#$ed up royally. OIA SO DID YOU!!