After controversy, delays, zoning battles, the doors finally open to Hidden Peak’s crown jewel Dec. 26, 2015. The Summit was part of Dick Bass’ and Ted Johnson’s vision when they first founded Snowbird in 1971, but it’s not so easy building things on federal land. Forty-four years later, the 23,000 square foot “The Summit” opens for year-round dining and epic views.

The lodge replaces the old patrol shack and outhouse at the top of Hidden Peak. Patrollers not only have a headquarters fitting of their mountain stature but guests can finally have a viable option for dining during their ski day. They won’t have to traipse down steps and feel like they’re eating in somebody’s basement (The Birdfeeder in the Tram center) and they won’t have to fight for a Formica butt disk in the vintage Mid-Gad Restaurant.

Now, there’s The Summit with indoor and outdoor seating for breakfast and lunch, 360-degree vistas, a retail outlet, a Snowbird information kiosk and fancy bathrooms all accessed from the top of the Aerial Tram- with or without skis. The buffet itself will feature authentic French rotisserie cooking in addition to the usual ski fare. There is space for private dining, weddings and meetings upstairs on the second level. 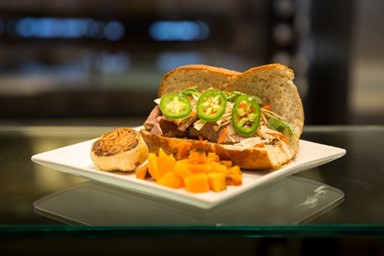 The day lodge is a cog in the extensive $35 million capital investment project for 2015 that also involved a complete overhaul of the Cliff Lodge rooms. I was fortunate to be invited to test drive a new room this month. Gone are the funky windows between the shower and the bedroom. They were Dick Bass’ invention; demonstrating his desire for guests to see the Canyon from any place in your room.

Personally, I miss the window but I can see how it might be awkward for families. The new rooms have an executive-stay feel with clean lines, neutral colors and a soft, supple bed. The WiFi works without issues, and even on the fourth floor all’s quiet. Really, that’s all you need after a hard day of ripping The Bird. 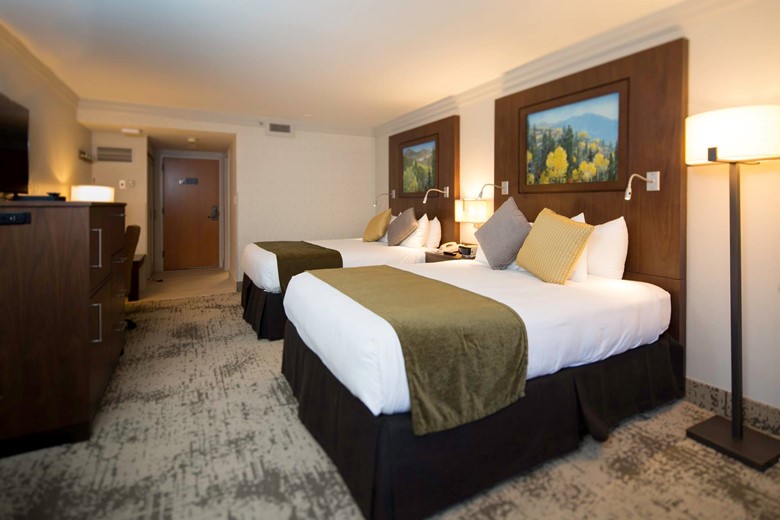