Sundance nearly killed my father. Literally. In the interest of full disclosure let’s start by explaining that I thought I was the one who would have a heart attack when my parents who are in their 80s announced they were coming out for the Sundance Film Festival. Are you kidding me? If anything was going to cause your stress level to shoot through the roof it would be trying to deal with Park City, Utah, during Sundance and those infamous Sundance parties. It’s the film festival that lords over all others in America and it happens in the middle of winter at an altitude of 7000 feet. That alone could break someone. 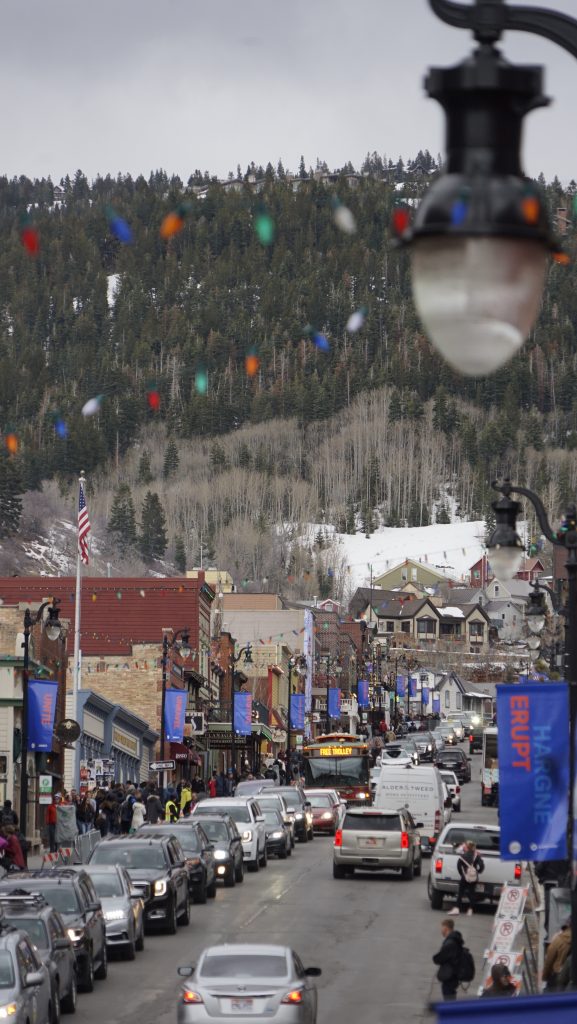 Park City is beyond crazy at the end of January thanks to Robert Redford and his dream of allowing the independent film voice to shine. There’s no parking, the traffic is bumper to bumper from 8 a.m. to 9 p.m., if a restaurant isn’t closed for a private event, it’s booked out months in advance and last year the snow arrived like dirt at an excavation site.

I begged them to reconsider. It would be a challenge for both of us. For them to navigate around town (back and forth from the St. Regis in Deer Valley) and for me to get into town to see them; not to mention the lounges and Sundance parties for which I had appointments. There was even a fancy magician’s soiree right at the St Regis one night. The Starwood Preferred Guests/Amex Late-Night Celebration hosted by Cupcake Wars’, Justin Willman. There was a DJ, an electric violinist, Kat V, tons of food and alcohol and Michelle Monaghan “assisted”. But alas, my dad, who was an amateur magician himself, was unable to emerge from his hotel room and join us. The frenetic pace of Sundance had hobbled him. 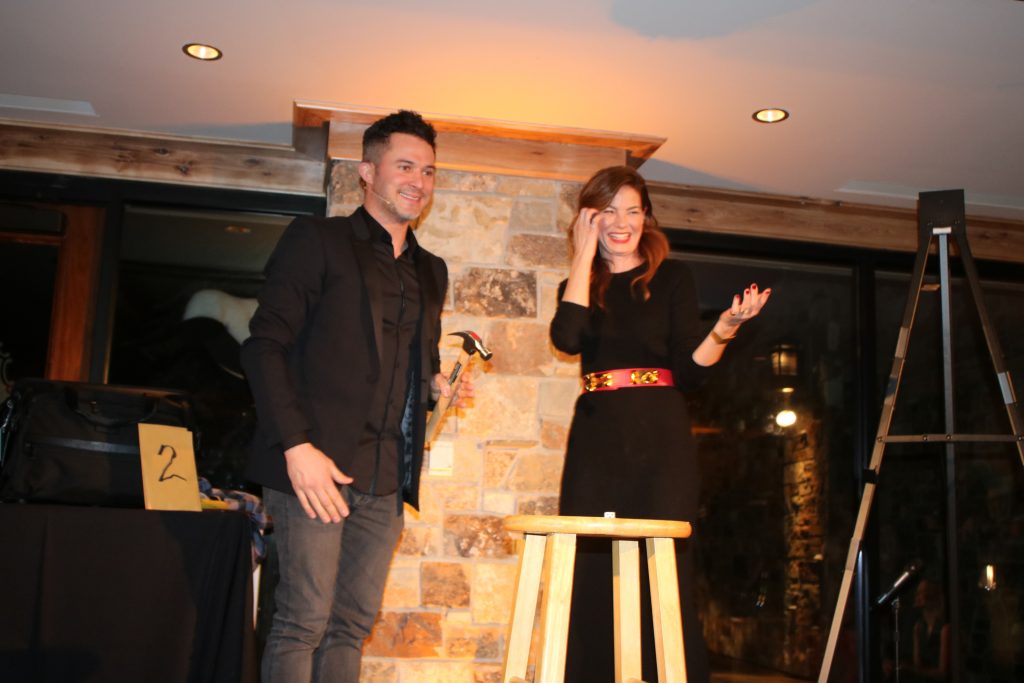 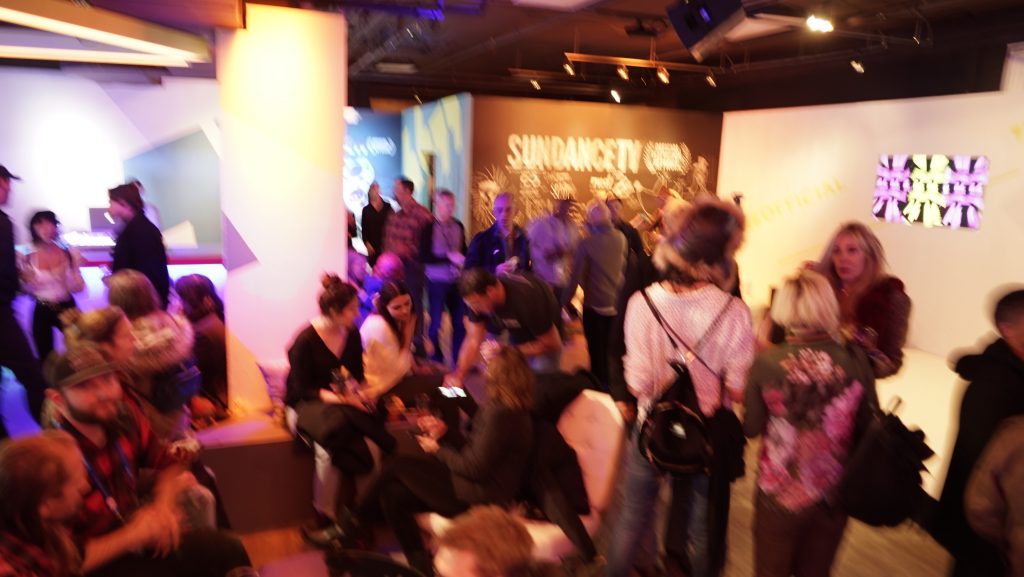 All of the hubbub surrounding the Fest could easily overshadow the hundreds of screenings at Sundance if you let it. Food trucks serving meatless sliders https://www.impossiblefoods.com/ in the Lyft Driver Hub and Kristen Kish’s lemon ricotta donuts (at Chase on Location at New Frontier), a Sundance TV escape room Hap and Leonard style, gifting suites, panel discussions, live music every ten steps, virtual reality installments, and Sundance parties. Some of the venues are invite only; some open to the public, space available; others somewhere in between (ie if you are hot or connected, you’re in). 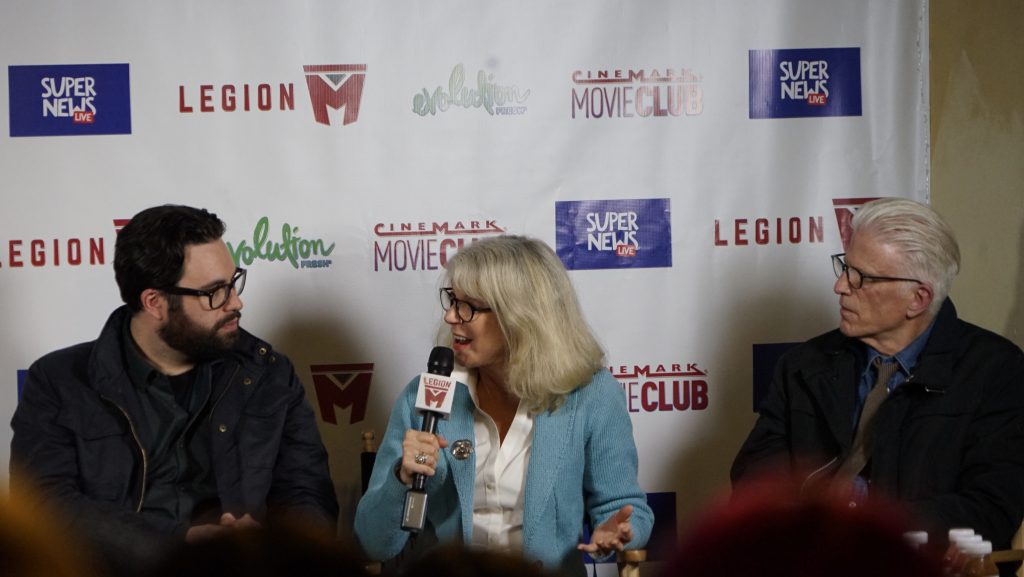 Sundance is one of those events that you attend at your own risk. No matter how much preparation you do, you’re never prepared. To have the absolute best experience, you have to roll with whatever is happening. My parents saw two films in five days. You may miss a screening or two because you were networking at a SAG brunch or skiing fresh snow. You RSVP’d for three Sundance parties on the same night but decided to stay at one for the whole evening (which is fine, everyone does this). You may not sleep until 5 a.m. These are just some of the bumps you’ll have to roll over.

Here are some tips to help you withstand the elements of both an uber popular film fest and the Park City environment.

Decide What You’re There For

It’s impossible to do and see everything. If you want to ski come to Park City in February not January. See above.

Map out what you want to see in advance – way in advance – because tickets sell out early. Best to get a Festival pass these days because each film is $20. You can also try the ewaitlist if you just want to see ’whatever.’ You’ll have a better chance of getting into the daytime screenings rather than the evening premiers where talent and crew attend and host Q&As afterward. There are movies from morning until midnight. 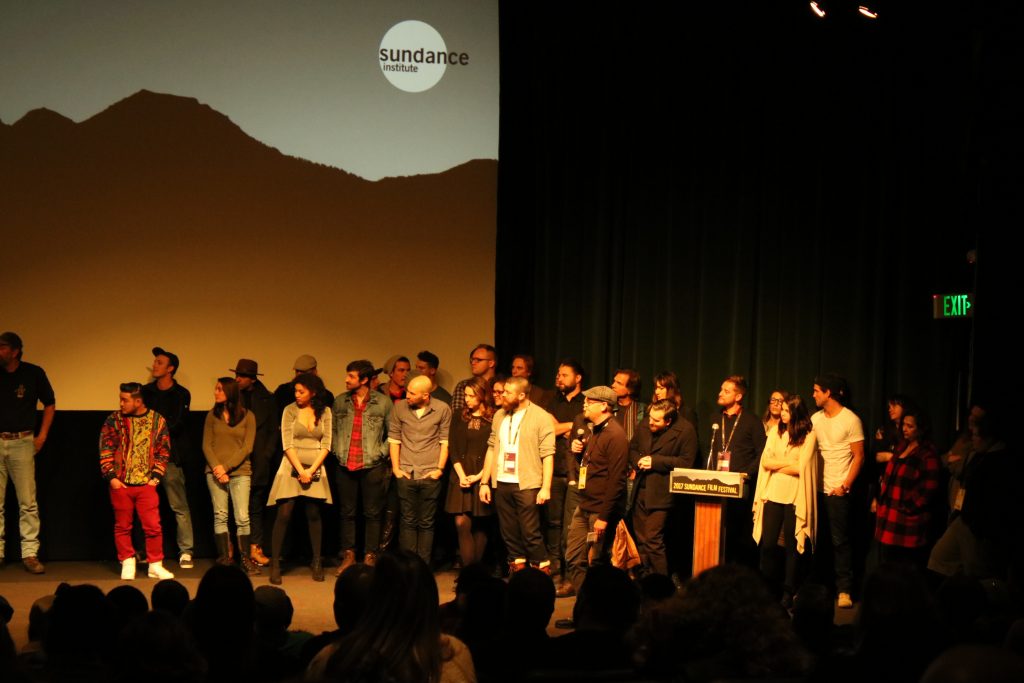 You could spend an entire day cruising Main Street. It’s a sheer carnival. So much to see and do that you forget there are movies playing. 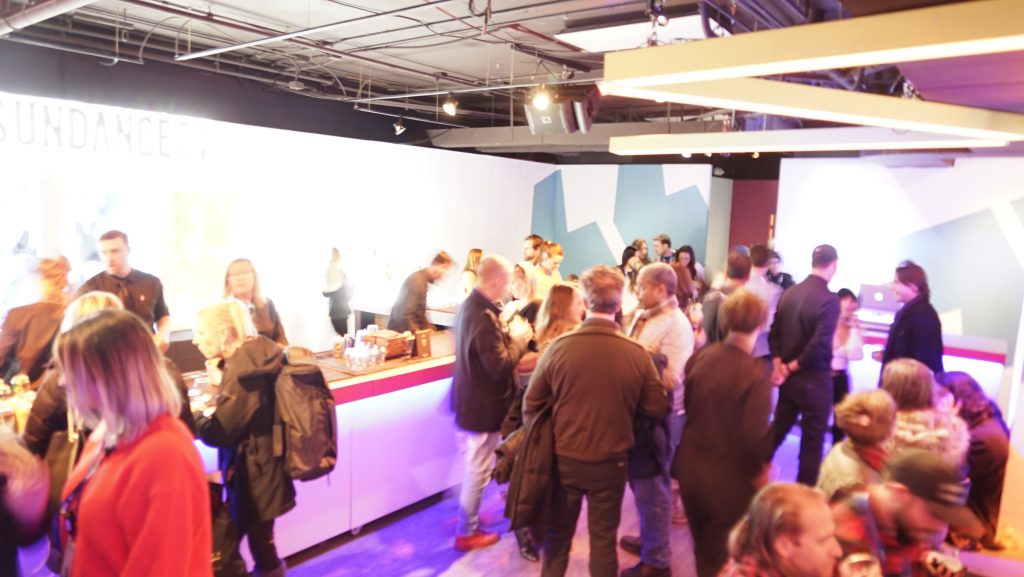 You can buy an “unofficial” party list, troll social media and beg to get on a list, or go to one shindig and follow your new entourage to the next one. There are so many ways to get into Sundance parties- some legal, some questionable- so get creative if you have to. Some are better than others so ask around. I loved the Fuji Film one but that ended years ago. Catdance sponsored by FreshStep kitty litter then became my all-time fave but alas they too shuttered two years ago. No telling who will outshine the rest this year.

The majority of the parties start Friday. Some will be strictly for cast and crew of presenting films. Leave those alone unless you are friends with the filmmakers. Here are ones to zero in on if you dare: 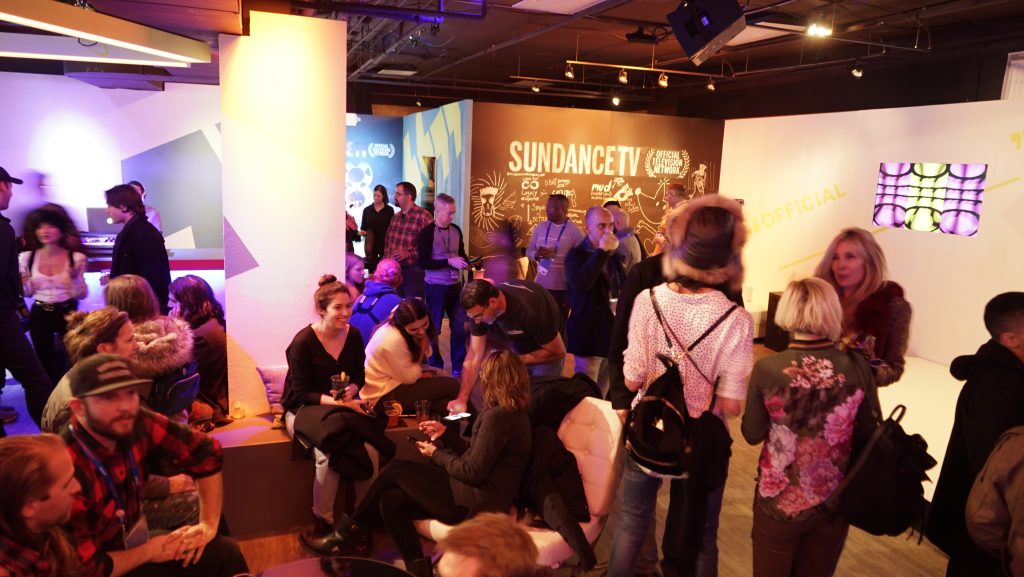 Facebook, Oculus, Instagram Happy Hour
Coal & Lumber, 201 Heber Ave., 5-8 p.m.
An invite-only cocktail event to toast the “independent storytellers, the creative community and the platforms which bring them together” while experiencing the latest in VR demos. 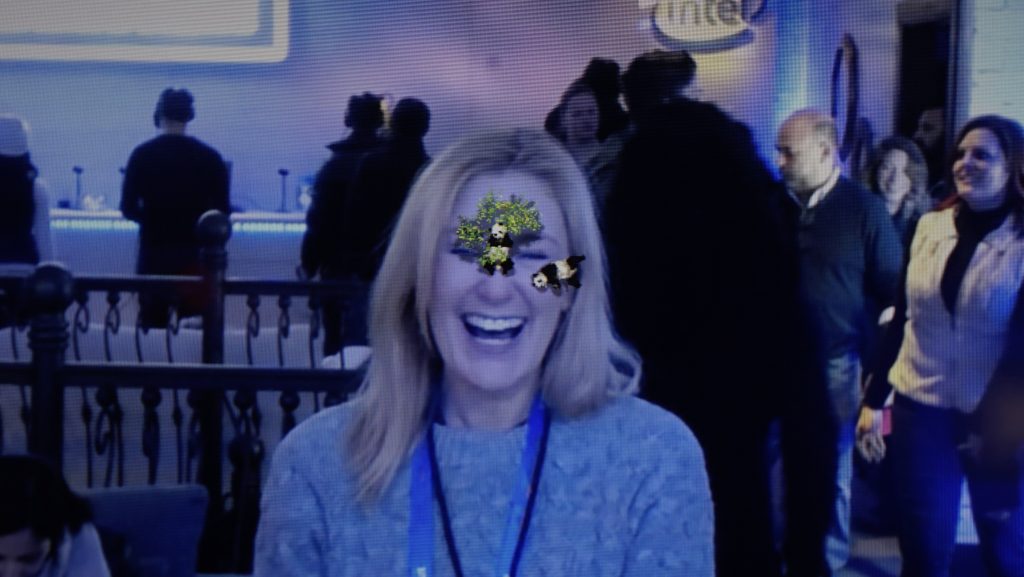 Après-Ski @ #TwitterLodge
#TwitterLodge, 408 Main St.
Continuing through Sunday, the venue hosts guests for a warm-up and recharge courtesy of hot beverages and snacks. 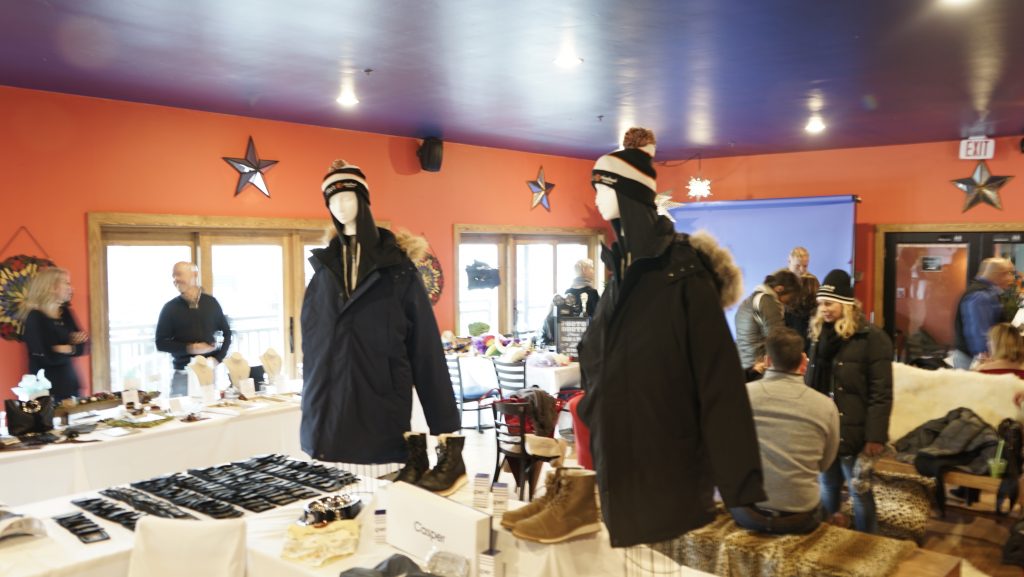 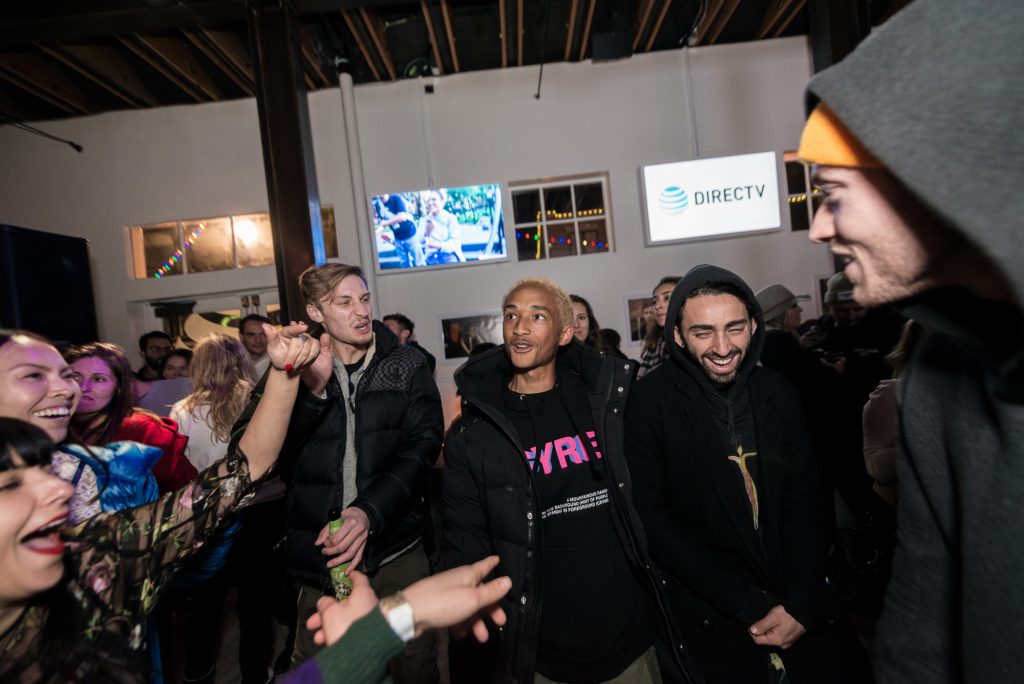 Yacht Rock Party
SundanceTV HQ, 268 Main St., 9 p.m.
The SundanceTV team and talent are expected at this invite-only affair, which promises to help guests “sail away to the smooth sounds of the ‘70s and ’80s” with live music from Yacht Rock Revue. Cocktails presented by Blue Moon.

Football Viewing Party
DIRECTV Lodge Presented by AT&T, Heber & Main (formerly Zoom), 660 Main St., 1:05 p.m. & 4:44 p.m. until 7 p.m.
An afternoon of viewing parties of all the gridiron action from the day’s NFL games. Invite-only guests will enjoy an open bar, food by Craig’s and other accoutrement. 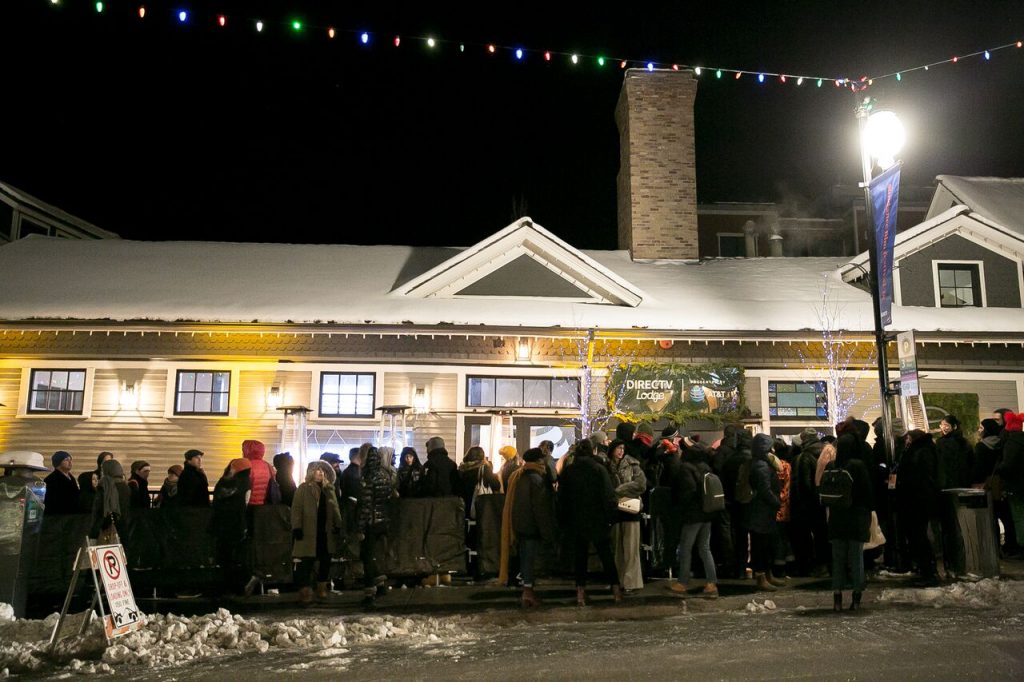 Get ready to line up at Sundance. Photo of the DIRECTV Lodge presented by AT&T by Michael Mendoza-RpbStudio

Q & A session, and a social networking mixer and cocktail reception

Raise Your Glass with Canon
Canon Creative Studio, 592 Main Street, 6-9 p.m.
Raise Your Glass is Canon’s annual toast to the cinematographers of the 2018 Sundance Film Festival.  American Cinematographer magazine joins in on the fun as this year’s co-host. Invite only, all guests must be 21+ and entry is subject to capacity.

Common and Friends Special Performances
The WanderLuxxe House, 8 p.m.-12 a.m.
Exclusive to the house will be a night of private performances led by Common, “Common and Friends Presented by Apex Social Club and Dropbox,” with incredible surprise talent guests scheduled to join in the high-energy evening celebrating the 2018 festival. Drinks by Casamigos Tequila.

Midnight at Sundance
SundanceTV HQ, 268 Main St., 9 – 11 p.m.
Celebrate the Midnight section of this year’s festival at this invite-only event presented by Shudder.

Sundance Awards Night
In total, 28 prizes will be announced during the ceremony (live-streamed at Sundance.org and on YouTube). Jason Mantzoukas (star of entry The Long Dumb Road) hosts the ceremony, which will also feature a team from Hearts Beat Loud: musicians Keegan DeWitt and Jeremy Bullock with lead actors Nick Offerman on bass and Kiersey Clemons on vocals.

My parents managed to make it safely back to Los Angeles but it took two months for my dad to recover to his cantankerous self. Sundance can definitely do a number on the faint of heart so beware. That said, if you have any interested in films and the film industry the Sundance Film Festival is an event not to be missed.