*Disclaimer: We are not counting Thursday as Day 1 of the Fest as it’s not a full day.

I started Sundance with the best of intentions. I would write once a day from the scene of the crime. By Friday (Day 1) I was right on track. I kicked off the morning with a trip to the Quaker Oats Lodge to meet Brooke Burke and get the skinny (she’s that too) on her spokesperson gig promoting healthy, quick energy options from the cereal brand. We busy ski moms are all about getting the gear packed and the kids out the door in time for 9 a.m. lessons. Who’s got time for omelets and pancakes?

The lodge did actually feel like a cafeteria in a ski resort. They even had an oatmeal station with servers making three different types of oatmeal concoctions you could try at home.

Quaker premiered an emotional short film featuring our worst enemy- time. Several guests shed a tear or two. We were asked to add to their wall on the way out. Can you guess which statement is mine? J

A large part of the Sundance Film Festival is gifting. Companies pay big bucks to station themselves in “pop-up lounges” for facetime with celebrities, media, and industry professionals like publicists and sales agents. It’s networking with swag. I love this part because being from Utah we don’t often get exposure to style and fashion unless it’s for the slopes. Boy was I surprised to see ExOfficio showcasing their Give and Go boxers at TR Suites (one of the hottest popups of the Fest). If my boyfriend could replace his entire collection with these babies, he would. We just learned he can wear them into the shower, rinse and wring and be good to go with them that same day.

And who doesn’t need a Bluetooth speaker?

Caterpillar– yes, the heavy equipment manufacturer- is making heavy duty boots that are ideal for stomping around Park City whether you are a celeb or a ski bum. 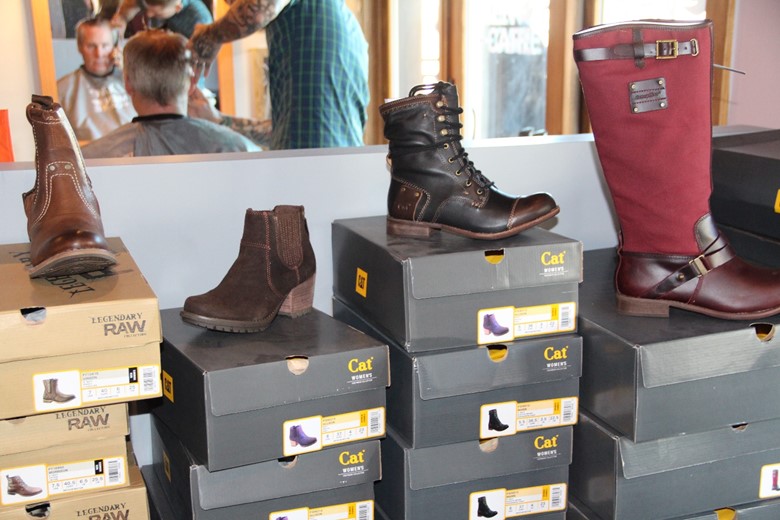 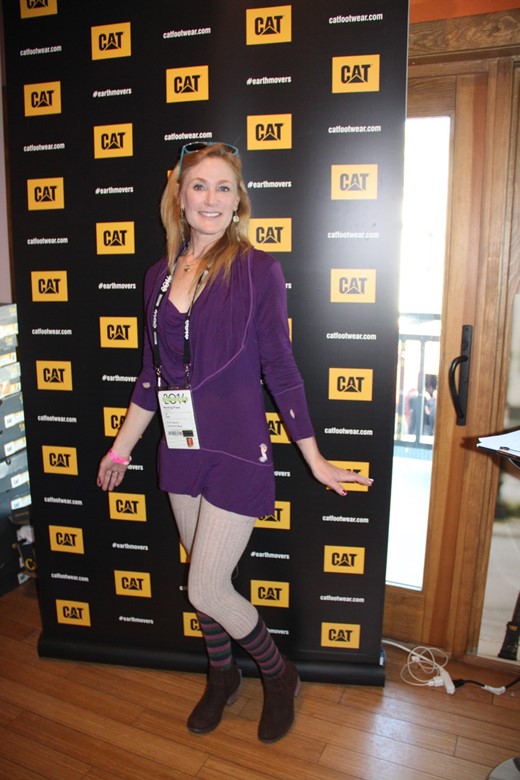 Also at the Talent Resources spot in the Blue Iguana was Gardein. The meat-free ‘chicken’ strips are tasty. Not a huge fan of their other stuff but you might be. More quick, on-the-go foods for busy skiers and families!

On my way back down Main Street I had a close encounter with Paul Reiser. I even stopped him to get a picture with him only to find out that in the rush I forgot to turn my camera on! Ugh.

Speaking of celebs, can someone please tell me the name of this actor? He was in the short-lived HBO show with Nick Nolte called Lucky but he’s also been in a zillion other projects. You know you’re a great actor when people recognize your face but not your name. It means you become the character- not an actor playing a character.

Well, at this point, so far so good. But notice that today is now Tuesday not Friday. More on that in the next post!